The Methodist Education Initiative was formed by Dave Bentley in 1996 to formalise the work that had already been happening in supporting previously disadvantaged schools since 1990.

The original work was inspired by a mission run by Rev Mvume Dandala at Northfield Methodist church entitled “New Life in a New Land” where a challenge was put forward for people to get involved in the education challenges in disadvantaged schools. The response to the challenge was initiated by a visit to schools in Daveyton and Etwatwa in 1991 to see the situation first hand – Dave and Gill Bentley were hosted by Principal Elphas Dube of Daveyton Intermediate School, who has been a key enabler throughout the process.

By chance, in early 2003, a letter was received from the Together with Africa And Asia Association (TAAA), a Japanese volunteer group. The letter was addressed to the Training and Development Foundation who passed it on to us. The letter stated that they had been motivated by the ANC in exile in Japan, to collect English books for disadvantaged schools in South Africa and were looking for someone who could distribute the books.

We responded that we could assist with this distribution of the books and shortly thereafter received a notification from the Post Office that they had something too large to deliver to our post box. It turned out that there were 40 Japanese mailbags at the tiny local post office full of books – probably over a ton of books. This relationship continued with regular arrivals of bags of books, the sorting of those books in the church hall and the distribution of those books to the local disadvantaged schools.

At one of the book sorting sessions a discussion developed around the best way of using these books. We were aware that many schools were not making adequate use of the books and wished we could keep multiple copies of books together as class readers and then move them from school to school.

This prompted the idea of a mobile library:

A few months followed of frantically running around obtaining import permits, VAT exemption and approval from all SADC countries to allow the import of a second hand vehicle. In 1997 we finally received our mobile library from storage at customs in Durban, but still had no infrastructure or staffing to operate the library.

In July 1997 the mobile library started operating and has been operating continuously since. It started with 4 schools and over the years grew to over 42 schools. We have limited our service to the 28 schools who make active use of the library.

We had built a storeroom and garage at Daveyton Intermediate School, which is still our base, with support from the Department of Education through the local director Dr Braam Fleisch and financial support from the Japanese Post Office, via TAAA.

Shortly before we were due to start operating, Mrs Margaret Grayer, a part of St Andrews School Outreach, contacted us to see if they could assist us as their programme in Daveyton at the time had to be scaled down but they were aligned with our vision. She happened to be an ex-librarian and so became the mobile library librarian until her untimely death from cancer. This started the long relationship with St Andrews Outreach, now called Ubambiswano, which exists to this day. They paid the salary of the first librarian through Margaret and have done so ever since.

The mobile library has operated with the same vehicle continuously since 1997.

In 2006 a discussion between the then librarian, Megan Baston, Sue Skidmore (a friend) and Mr Elphas Dube led to the concept of a group of native English speakers interacting with foundation phase pupils to assist in the development of their English. In the previously black schools, pupils are taught in their mother tongue until grade 3. From grade 4 this changes to English being the language of education from Grade 4 to 12.

This change of medium of instruction could be made easier if the pupils had access to English prior to grade 3.

In February 1998 the Reading Gogo programme started with simply reading English books to the pupils for one hour a week. 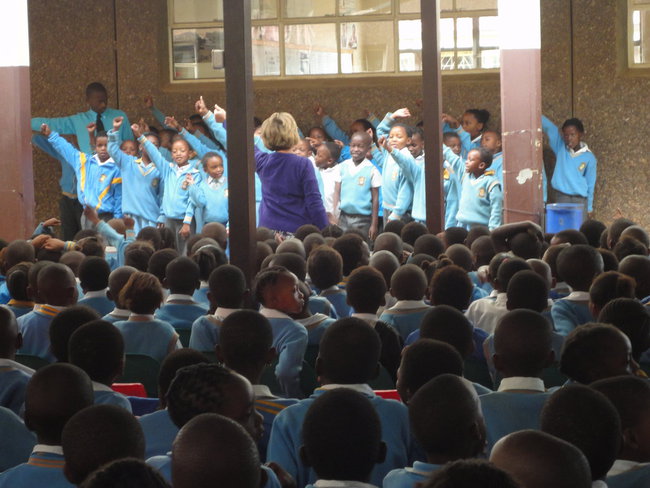 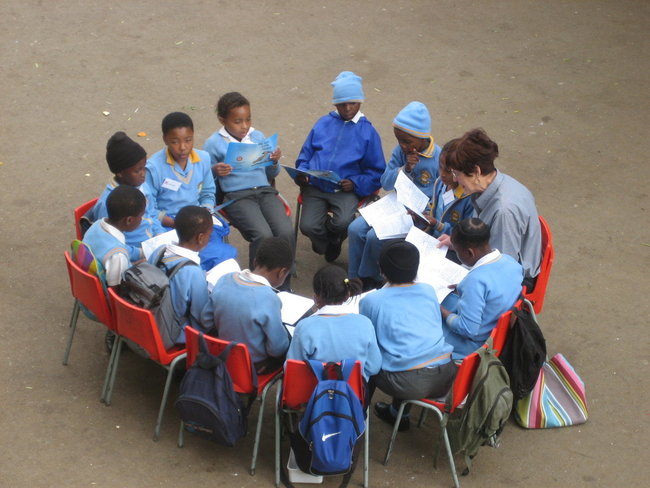 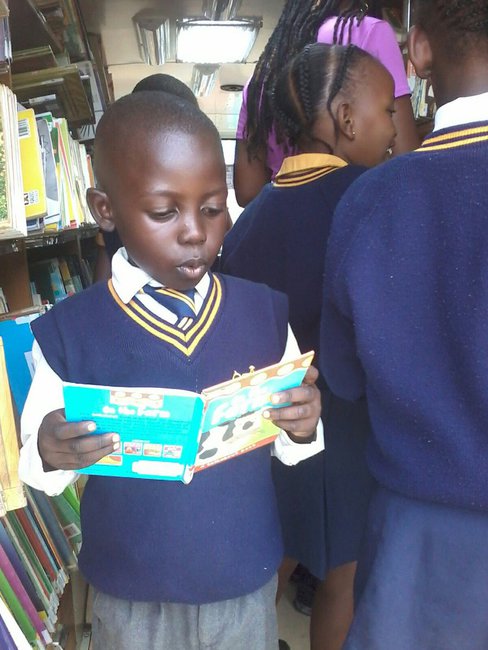 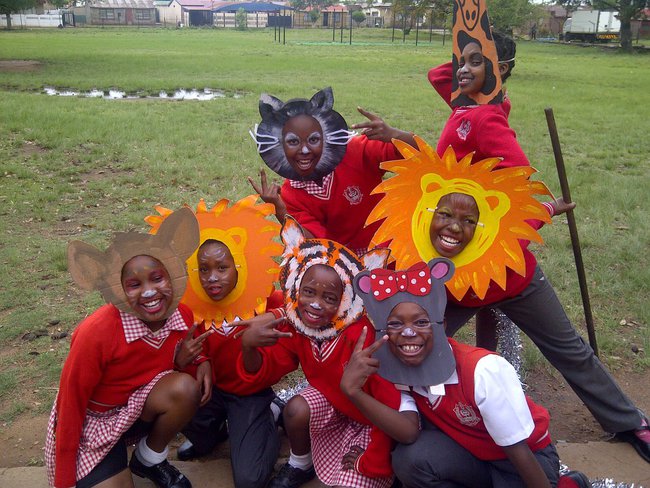